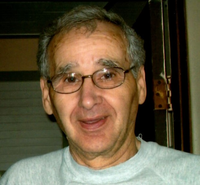 He was married to Mary Strauf until the time of her death.

Artie worked at Durkee Bakery for 13 years, and also at Brewers for a while. Then at Homer Agway for 25 years until he retired at an early age.

Calling hours will be held Thursday June 20, 2019 from 12:30-2PM at Wright-Beard Funeral Home, 9 Lincoln Ave., Cortland, N.Y. with a service to follow at 2 PM. Burial will follow in Glenwood Cemetery, Homer, NY.

Contributions can be made to the Cortland County Hospice and Palliative Care.