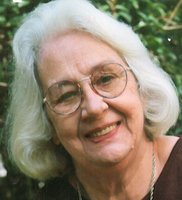 Genevieve Eleanor Bodine, 87, of James Street, Homer, NY, passed away peacefully on Thursday, February 6, 2020 in her home after a brief illness. She was born March 8, 1932 in Port Byron, NY, the daughter of Michael Sorendo and Edna E. Wilson. She was employed for many years in the upholstery department at the JM Murray Center until she retired. She enjoyed doing crossword puzzles and cooking for her family, but her greatest joy was spending time with her grandchildren and great-grandchildren. Genevieve is survived by her two sons, Harry (Sarah) Bodine and Michael Bodine, both of Austin, TX; her four daughters Christine Uhlemann (Michael Russell) of Cortland, Maureen Bodine of Austin, Kathleen (Richard) Monk of Tully, and Michele Leeds of Austin; her brother Dominic (Rita) Sorendo of Florida; 9 grandchildren and 7 great-grandchildren; and many beloved nieces and nephews. She was predeceased by her son Howard Bodine, her grandson Clayton Bodine, and her granddaughter Angela Gerrard; her siblings Anthony and Michael Sorendo, Jeannette Armstrong, Grace Clancy, and Edna Keefe; her sons-in-law Daniel Leeds and Thomas Uhlemann. Calling hours will be held at the Wright-Beard Funeral Home, 9 Lincoln Ave, Cortland, on Saturday, February 15, from 2 to 4 p.m. with the funeral service immediately following. Interment will be held in the spring at Owasco Rural Cemetery. Contributions may be made in Genevieve's memory to the Association for Vision Rehabilitation and Employment, Inc., (The Blind Work Association), 174 Court Street, Binghamton, NY 13901. »(Do not delete this line. It does not print. Text that is to appear on web must be entered before this line)