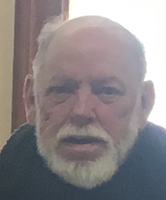 Vincent H Stevens, 69, of Truxton, NY passed away March 7, 2020 at Crouse Hospital in Syracuse NY after a long illness. Vinny was the son of William and Lillian Gleason Stevens. He is survived by his wife Dawn Keith Stevens. His children: E.J. V. Stevens and Eldon W. and his wife Sarah Vigliotti Stevens. Three grandchildren Luke, Codie and Hope Stevens all of Truxton. Survived by his brother Wesley J Stevens of Gulfport FL. He is predeceased by brothers Albert and Robert and sister Wanda Stevens. Vin was born June 16, 1950 in Ithaca NY. He grew up in Tompkins County. He was employed by the city of Cortland Police Dept. and Village of McGraw as an Animal Control Officer. After his retirement he worked for the Village of Homer as a groundskeeper, Ithaca Dispatch as a taxi driver and a bus driver for DeRuyter, McGraw and Cincinnatus School Districts. Calling hours will be 4-7 PM Friday at Wright-Beard Funeral Home, Inc., 9 Lincoln Ave. A funeral service will be 10 AM Saturday at Wright-Beard. Spring burial will be in Truxton Cemetery. In Lieu of flowers donations can be made to Truxton Academy Charter School.