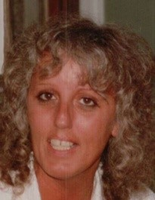 Charlene S. "Charrie" Galbally, 74 of Cortland passed away on May 29, 2021 at her residence. She was born on May 10, 1947. She was the adopted daughter of the late, Harley P. and Elizabeth Howd Gamel. Charrie's birthparents were Claude S. Smith and Mable L. King. She was predeceased by her husband Edward Galbally in 2001. Charlene graduated Cortland High School class of 1965. She worked at Microchip Technology in Arizona as an inspector for 25 years and moved back to Cortland in 2013. Charlene is survived by her two sons, Dylan (Lisa) Galbally and Jamie (Shannon) Galbally, a brother Harley W Gamel and sister Dawn (William) Lewis. She is also survived by brother-in-law Jimmy Galbally and sister-in-law Patty Galbally. She is also survived by two grandsons Ian and Glen. She is also survived by many nephews and nieces. Graveside services will be held 12 PM Saturday, June 12 2021 at Cortland Rural Cemetery. All friends and family are welcomed to attend. After burial, a luncheon will be served at Dawn's house in Preble, NY. Please consider making a donation in her name to the Cortland County SPCA… as she was a lover of all animals. Wright-Beard Funeral Home, Inc. is assisting the family with arrangements.