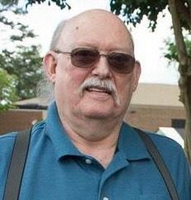 James N (Nick) Wagner, 74, of Maple Ave. in Cortland died December 9th, 2021 at Cayuga Medical Center in Ithaca. He was born September 4, 1947 in Franklin County, Tennessee, the son of the late James Wagner and Ruby V. Ledford Smith. Nick retired from the Cortland County 911 Center after a long career as a dispatcher and Senior Supervisor. His past adventures took him to Mexico on a work trip with his Methodist Youth Group when he was a teen. He joined the Navy at 17 and was a communications operator. He was a DJ in many states and had the opportunity to interview Charlie Daniels and Emmy Lou Harris. He literally walked into a job as a roadie and truck driver for ZZ Top. He was also a long distance truck driver for a time and was in the million mile club. He enjoyed the places he saw and the people he met. Nick moved to Marathon, NY in 1983, and to Cortland in 1995. Nick is survived by his wife Wendy, daughter Molly Wagner of Cortland, daughter Sarah (Greg Fleischer) Quaile of Port Jefferson NY, son Daniel Wagner, son Justin (Diana) Wood of College Station, Texas, son Trevor Wood of Charlotte, North Carolina, brother Mark Wagner of Tennessee, cousins Dwight and Gail Wagner of Belvidere, Tennessee, five grandsons, two granddogs, and his beloved dogs Dobby and Bella. Nick was a member of the Homer Ave. United Methodist Church for many years. Calling hours will be on Tuesday, December 14th from 4 to 6 pm at Wright-Beard Funeral Home, 9 Lincoln Ave. Cortland, NY. The funeral will be at Wright-Beard Wednesday December 15th at 10 am. Contributions may be made in Nick's memory to the American Lung Association, St. Jude's Children's Research Hospital or to a charity of your choice.