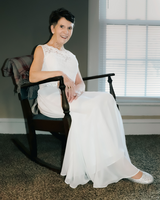 Margaret Eileen (McCallen) Perkins, 74, of Cortland, NY, passed away on November 16, 2022, at Upstate University Hospital, Syracuse NY. Calling Hours will be held at Wright Beard Funeral Home on Tuesday November 22, 2022, from 4-6pm. Private graveside services will be held at a later date at Taylor Rural Cemetery, Taylor, NY. Friends and Family are invited to her home immediately following calling Hours to celebrate the life she loved and lived so fully. Peggy was born in Cortland NY on October 2, 1948. She attended St. Mary's school and was a graduate of Cortland High School. She went on to earn Associate degrees in Human Resources and Nursing from Tompkins Cortland Community College. Peggy took great pride in her rolls as a Parent Aid and in her Volunteer work for the YWCA Aide to Women Victims of Violence program. After graduating with her nursing degree Peggy began her career as a Labor and Delivery Nurse for Cortland Memorial Hospital. Peggy also worked as a school nurse for McGraw Central School District and taught the CNA class for high school students at OCM BOCES. She enjoyed her students and was proud of and cared for all of them as if they were her own. She continued working long after retirement age as a private home care nurse and cared for her many clients deeply. Her caring heart and compassionate soul made her an excellent nurse to all of her patients over her 30+ year nursing career. Peggy was many things to many people but to her husband, children, grandchildren and great grandchildren, she was everything. Her family is fortunate to have countless funny, loving and cherished memories to hold close to their hearts. Her favorite job and most important roll and the one which we could never repay her for was her job as a mother to 5 children, Grandmother to 9 and Great Grandmother to 5 with another on the way. She never missed a birthday party, picnic, family gathering, grandparents' day, school concert or special event. Christmas was Peggy's favorite holiday, and she went above and beyond to bring the magic of the holiday to her whole family. She never turned down an opportunity to spend time with her grandchildren and often there would be one or more of them at her home on any given day. To her grandchildren and children, she was affectionately called Mia, Crazy Grandma, Ma, Mom, Grandma and Great Grandma and she wore each of those titles with immense pride and filled those rolls without flaw. She would often sing "You are my Sunshine" to all of her grandchildren and great grandchildren and continued to do so even as they grew into teenagers and young adults even if it embarrassed them or they thought they were too old. If ever there was a Superhero Mother/Grandma, she would be it and she would wear the cape with pride! She may have been small, but she was mighty! Peggy is survived by her loving and devoted husband of 50 years James R. Perkins and her dogs Belle and Boomer. Their bond was unlike any other and everyone should be so fortunate to have a love like theirs. Peggy is also survived by her children Christine Townsend (Milt Sebring Jr.), Kelley (Jody) Johnson, Sarah Granholm (Dale Nichols), Benjamin (Jordan) Perkins and Jonathan Perkins. Her Grandchildren Erin Townsend (John Casterline), Devon Townsend, Kaitlin Johnson, Connor Johnson, Lillyana O'Connell, Giana O'Connell, Brinley Nichols, Michael Mills and Gage Perkins. Her Great Grandchildren, Cooper Barrett, Jaxon Cobb, Wyatt Cobb, Sophia Cobb, Sean Casterline. Peggy was very excited and looking forward to the birth of her newest great grandchild expected in April 2023. Peggy was preceded in death by her Infant son Timothy Perkins and Her Beloved Mother Mary (Casey) McCallen. We will miss you beyond measure and we love you more……… Peggy's family would like to extend a heartfelt thank you to the nursing staff and neurosurgeons at Upstate University Hospital for the amazing and compassionate care that they provided her during her time there. Peggy's family ask that you all to take a moment to hug your family tight and tell them you love them because life is far too short, and tomorrow is not promised. It can all change on any ordinary day.