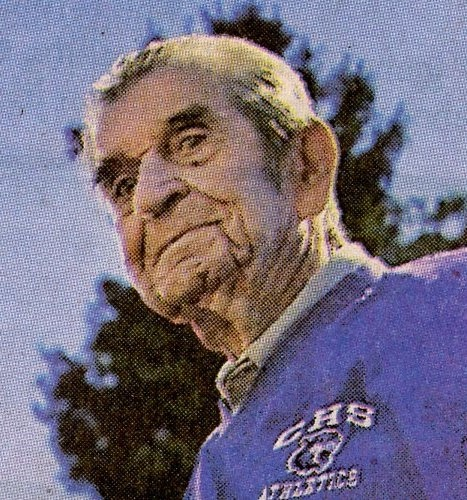 John S. 'Mush' Moiseichik, 95 of Cortland, passed away on April 16, 2016 at Groton Community Health Care. He was born June 5, 1920 in Cortland, NY a son of the late Stephen and Sophie Kapusta Moiseichik. Mush graduated from Cortland High School class of 1938 where he stood out as both an end on the football team and guard on the basketball team attended Hobart and Cortland State Colleges, received his masters from Syracuse University, while working on his masters he played basketball for the Syracuse Nationals. He served his country with the US Army Air Corp during World War II. Mush coached Cortland High School Football from 1947-1966, compiling a record of 108-41-7, with five undefeated teams, and another that tied one game and didn't lose any as well as a 27-game winning streak that ended in 1960. He also taught physical education and after leaving the coaching ranks was still athletic director until 1977. Mush was honored as the Central New York Football Coach of the year by his peers in 1963, member of Section 4 Hall of Fame and was honored as 100-game winner by the New York State Football Coaches' Association. One of his proudest accomplishments was having the football field at Cortland High School named after him. He is survived by one son; Dyke and Nancy Moiseichik, Bella Vista, AR, one sister, Mary Spalluto of Cortland, seven grandchildren, Carey, Daryl and Marc Mallanda, Sky Moiseichik, Shenan Boit, Bella and Abbi Moiseichik. Several great grandchildren and nieces and nephews. He was predeceased by his first wife Winifred Moiseichik, second wife Jean Moiseichik, his brother Peter Moiseichik and his daughter Khette Mallanda A Memorial service will be held 11 AM Monday, April 25 at Homer Avenue United Methodist Church, 30 Homer Ave., Cortland, NY. With the Rev. Paul Winkelman officiating. Burial will take place in the Hector Presbyterian Cemetery. There are no calling hours. A luncheon will follow the memorial service at the Cortland Elks Lodge. Memorial contributions can be made to Alzheimer's Association, 441 Kirkpatrick Ave, Syracuse, NY 13204 or the local charity of one's choice.

Share Your Memory of
John
Upload Your Memory View All Memories
Be the first to upload a memory!