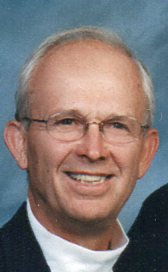 Wesley D. Stisser Jr. of Cortland passed away April 22, 2019 at Guthrie Cortland Medical Center in Cortland, NY. He was born September 15, 1935 the son of Wesley Sr. and Lydia Stisser.

Wes was a hardworking, loving husband, father, grandfather, great grandfather, brother and dear friend to many. Wes spent his entire professional career at Cortland Savings Bank, starting at the bank in 1953 as a teller and retired 48 years later as President and COO. He was an active member of the Cortland community, having served as a member of Rotary Club, Cortland Country Club Board, United Way and the United Presbyterian Church of Cortland. He was a trustee of Cortland Memorial Hospital, member of the city Police Commission and a member of the SUNY Cortland Foundation Board. Wes was also a very active member of the Scouts, earning a rare Eagle Scout title and later became both a Scout Master and then a Silver Beaver award recipient.

He is survived by his wife Juneann of 63 years, 3 children David, Michael (Laura) and Susan (Anthony) Moon, 6 grandchildren Cayla, Cortney, Robert, Shelby, Benjamin and Ashley, 2 great grandchildren, Cayden and Jaxon and a loving sister Janet (Tom) Sawyer and many nieces and nephews.

He was predeceased by his parents and two brothers, John and Richard Stisser and two sisters Barbara Osadchey and Dorothy Corser.

Calling Hours will be held on Wednesday April 24th form 4-7pm at the Wright-Beard Funeral Home on 9 Lincoln Avenue, Cortland, NY. A funeral service will be held on Thursday, April 25th at 11:00am at United Presbyterian Church of Cortland, 26 Church Street, Cortland.

In lieu of flowers, please consider a donation to the Elizabeth Brewster House, Inc. 41 South Main Street, Homer, NY, the United Presbyterian Church of Cortland, or a charity of your choice.