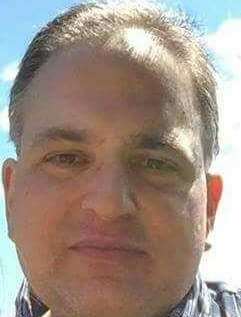 Shane P. Haley, 48 of Cortland passed on August 28, 2019 at Rochester General Hospital after a lengthy illness. He was born on January 20, 1971 a son of Robert and Sharon Aldrich Haley.

Shane was a graduate of Homer High School and was an athlete on their football team.  He had been employed by Motel 6 and previously was employed by Hope Lake Lodge and Conference Center as a desk clerk. He truly enjoyed spending time with his daughters and loved to cook. Shane enjoyed sports and was avid bowler throughout life. Shane was also a devoted Los Angeles Rams fan, as well as, Philadelphia Phillies and SU fan.  Additionally, Shane enjoyed collecting baseball cards to keep up with major league stars.  He was also a member of The Virgil Methodist Church.

Calling hours will be held 11 AM – 1 PM Tuesday at Wright-Beard Funeral Home, Inc., 9 Lincoln Ave Cortland, NY with a memorial service to follow at 1 PM. Burial will follow in Glenwood Cemetery in Homer, NY.

In lieu of flowers please feel free to donate to the charity of your choice in memory of Shane.