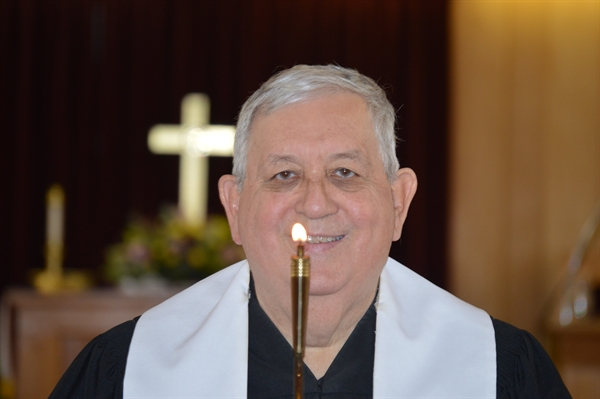 The Reverend Daniel W. Phillips, Jr., 70, of Cortland passed away January 21, 2020 with family by his side. He was born December 6, 1949 in Chattanooga, TN. Pastor Daniel spent the early part of his life in Knoxville, TN. He received both his B.A and M.A. degrees in History from the University of Tennessee. Pastor Daniel served with the U.S. Army from 1970-1973 and again from 1975-1979 and was honorably discharged. He then took employment as a civilian servant with the U. S. Department of the Army retiring in the mid-2000s. After retiring he attended John Leland Center for Theological Studies receiving an M.A. degree in Theology. He served as Associate Pastor from 2006-2009 at Mount Vernon Baptist Church in Arlington, VA. Following that appointment, he served as Pastor of the Caroline Valley Community Church, Brooktondale, NY, from 2009-2019. While serving as Pastor in Caroline, he served on the board and worked extensively with the Caroline Food Pantry. In his spare time, he enjoyed reading science fiction, traveling, and was an associate member of the Cortland YWCA. He is survived by his wife of 50 years (celebrated Dec. 20, 2019) - Martha Phillips; his sons Daniel W. Phillips III and Jonathan; daughter-in-law Virginia; his grandsons Noah, Jacob, and Justin; his sisters June Mallicoat and Susan Weaver; his brother Barry; and, several nieces, nephews, and cousins. He was predeceased by his parents The Reverend Daniel W. Phillips, Sr. and Stella (Crowe) Phillips, and his brother William Phillips. A memorial service will be held on Saturday, February 1, 2020 at 11 a.m. at the Caroline Valley Community Church, 546 Valley Road, Brooktondale, NY, 14817. Following the service, the Phillips family will greet family and friends for a meal in the church hall. In lieu of flowers contributions may be made to the Caroline Valley Community Church (address above) or the Caroline Food Pantry (c/o Brooktondale Community Center, 524 Valley Road, Brooktondale, NY).

Share Your Memory of
Daniel
Upload Your Memory View All Memories
Be the first to upload a memory!