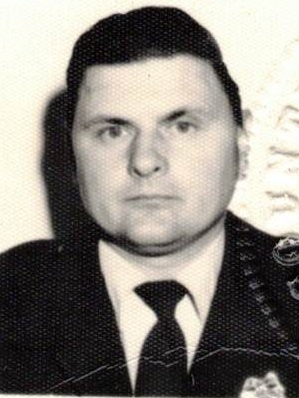 John Thorhauer, 83, of Cortland passed away September 27, 2020 at the Cayuga Medical Center, Ithaca NY. John served with the U.S. Navy from 1955 until 1959 and was honorably discharged. He lived in Rome, NY, where he married his wife Viola. John and his family came to the Cortland area in the mid 60's to work as Campus Police at SUNY Cortland. He retired from SUNY Cortland Campus Police in 1991. He enjoyed bowling with his wife and was an avid Jets fan. John is survived by his daughter Cynthia (Ted) Cornelius, sons Phil (Krystal) Thorhauer, Jay Thorhauer, grandchildren Kearstan (fiancé Chris Davidson) Cornwell , Crissy Cornwell, Kaleb Thorhauer, Jonathon Karol, great grandchildren Grayson, Everly, and Ezmerelda, several nieces and nephews. Private graveside services will be at the Cortland Rural Cemetery. The Wright-Beard Funeral Home is serving the family, to offer online condolences visit www.wrightbeard.com In lieu of flowers contributions may be made to American Red Cross, Cortland co. Office of the Aging, or Alzheimer's Association.
Friday
2
October

Share Your Memory of
John
Upload Your Memory View All Memories
Be the first to upload a memory!
Share A Memory
Plant a Tree