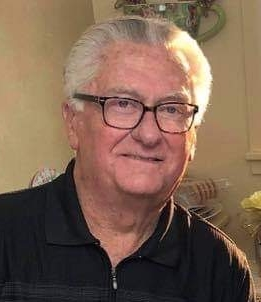 Ronald Ford McCarty, 74, of Lakeland, passed away January 4, 2021 with family by his side. He was born June 6, 1946 in Syracuse NY. Ron was a lifelong resident of the Lakeland area graduating from Solvay High School. After graduation, Ron was drafted by the US Marines serving in the Vietnam War from December 1966 to December 1967 and was honorably discharged. He worked at Crucible Specialty Metals for over 37 years. Ron was an active volunteer & coach in his children's sports teams with the Lakeland Lakeside Little League, as well as president and was a Cub Scout leader. He was an avid Buffalo Bills and Alabama football fan and a 25 year season ticket holder for SU. During retirement, he enjoyed mall walking and was a member of the Solvay VFW. He is survived by his wife of almost 52 years, Susan Polak McCarty, his children Alex Ewaniszyk, Melissa & Harold Pallone II, Rebecca & James Locaputo, Ron & Shanna McCarty, his siblings Cathy & Jim Monticelli, Tony Lautore, Babs Chapman, Billy & Therese Harding, Vicky &Tony Rossi, James & Aida Harding, Sue & Stu Sherlock, Russ & Brenda McCarty, Kim McCarty-Hipp, Cheryl Ballou, Kelley Boston, and his grandchildren Caitlin, Kelly, Harold III, Benjamen, Luke, Shawn & Tommy, and many nieces, nephews, cousins and extended family and friends. He was predeceased by his parents Barb & Bill Harding, and Ford McCarty Jr., siblings Linda Mullen, Jameser Deering, Carol McCarty, and Wayne McCarty. Calling hours will be Wednesday 3-6 pm at St. Marianne Cope Parish at Our Lady of Peace Church, 203 Holcomb St., Syracuse NY, 13209. Funeral Mass will be celebrated Thursday 9:30 am at church. NYS guidelines for facial covering and distancing will be observed. Mass streamed https://m.facebook.com/wrightbeardfuneralhomeinc/ Burial will be at Onondaga Veteran's Cemetery. Wright-Beard Funeral Home is serving the family, online condolence www.wright-beard.com Donations may be made to St. Jude's Hospital
Thursday
7
January

Share Your Memory of
Ronald
Upload Your Memory View All Memories
Be the first to upload a memory!
Share A Memory
Plant a Tree