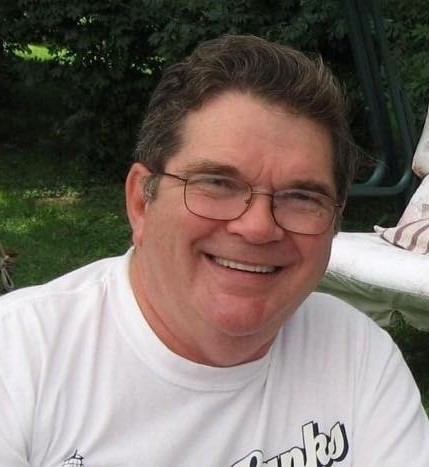 Please share a memory of Floyd to include in a keepsake book for family and friends.
View Tribute Book
ALBRO, FLOYD H. – age 83, passed away peacefully on Saturday, August 14, 2021, following many years of ill health. Born in Cortland, NY on June 29, 1938, Floyd was the son of Nelson and Leona (Pease) Albro. As a child, he spent summers outside Marathon, hanging with his pals, the "Ridge Runners." He joined the Air Force in 1956 and was stationed at Walker Air Force Base in New Mexico, then later in Germany. Living in Roswell, New Mexico, heightened his interest in aliens and science fiction lore, which he followed and enjoyed throughout his life. Floyd worked for 32 years at Smith-Corona in Cortland, followed by various jobs in food service and retail. He was an avid photographer, developing his own photos when he was younger; he enjoyed metal detecting and rock "hounding," often going to rock and gem shows. He loved to cook and try new recipes; he took culinary courses at Onondaga Community College and owned a collection of cook books that would rival any library. He loved to try his luck at the casino and with scratch-off tickets; he could often be found watching professional poker games on the internet. He and Eloise retired to Holiday, Florida in 2010, making many friends at Buena Vista Manor East, where he enjoyed BINGO and shuffleboard, as his health would allow. He is survived by his wife, Eloise (Hamilton) Albro of Holiday, FL; daughter Laura (Joey) Gates of Canal Winchester, OH; son Steve Albro of Lafayette, NY; stepsons Wes (Brenda) Foley and Ken Foley (Kellie Patterson) of Marathon, NY; and stepdaughter Barb (Bob) Hubbell of Watkins Glen, NY; 10 grandchildren, 10 great-grandchildren, and 2 great-great-grandchildren. He was predeceased by his parents, Nelson and Leona, former wife Bernice (Aldrich) Albro, son William "Willie" Albro, brother Harley Albro, and grandson Ben Foley. There are no calling hours; graveside services will be held on Sunday, August 29, 2021, at 2:00 pm at the Cortland Rural Cemetery, 110 Tompkins Street, Cortland NY. In lieu of flowers, contributions can be made to the Homer United Methodist Church, or the charity of one's choice. To offer online condolences, please visit www.wright-beard.com
Sunday
29
August