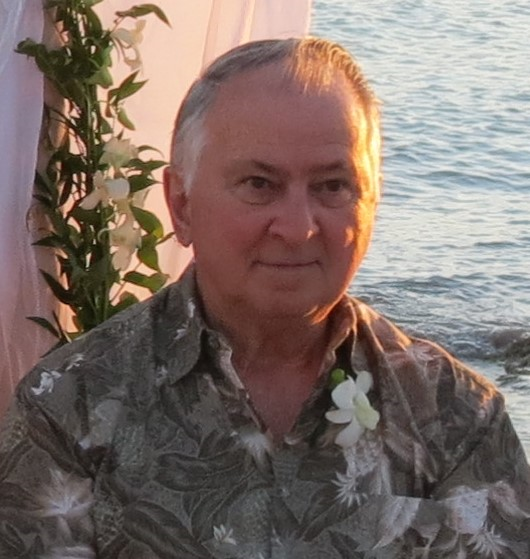 Please share a memory of Robert to include in a keepsake book for family and friends.
View Tribute Book
Robert Paul Vonderheide Snr was born in Glendale OH ,Aug 8, 1935 . He grew up in the suburbs of Cincinatti OH. His parents were Valentine and Clara and he had 2 brothers, Valentine and August, and a sister, "Dolly" who are all deceased. Bob joined the Navy out of HS, traditional school was not his thing, and was in the Navy 1953-1957. He then found his passion was engineering. He attended Allied Tech and Lake Forest where he earned his master's in Engineering. He was married in 1959 to Trudy Weeg and had three children, Cheryl, Tammy and Robert. Bob worked at Anchor Coupling in Libertyville, IL until 1972 and then moved the family to Ithaca NY and worked at Borg Warner until his retirement in 2000. He then consulted for several years after retirement. In 1988, Bob married his partner and love, Patricia Bentz. He was on a camping trip with his kids, as was typical every year, and needed help at the laundromat cleaning the sleeping bags. She was able to help him and for Bob, it was love at first site. Pat's three girls, Amy, Denise and Christina, became family instantly and Bob was a beloved grandfather to all 16. Bob was never one to "sit still" , he inherited this family trait from his Mother and it was passed onto all of us. When he walked into the room, the room lite up with his energy and humor. His "BOB Jokes" were known and beloved by all and were passed onto our brother Rob, who must now carry the torch. He had a passion for the outdoors and camping and spent every year, when his children were younger, at the local campsites for several weeks during the summers. He taught us all how to work hard and play hard. These were not words; they were shown by example to all of us. He leaves behind so much love and family: His wife of 37 years Patricia Vonderheide Cheryl, (Scott Spicer), Andrea, Christopher and Z. Tammy(David Studebaker), Parker and Emily, Robert Vonderheide(Alice) Lukas and Kaili Amy (Kevin Rollo), Sarah, Andrew, Graham, Noah and Jacob, Denise (Mike Smith), Kyle, Brittany and Shane, Chrsitina Temple, Erica. Services will be held at Wright-Beard Funeral Home Dec 30th 11am and reception after at Stonehedges Gold Course in Groton 2-5 pm.
Thursday
30
December