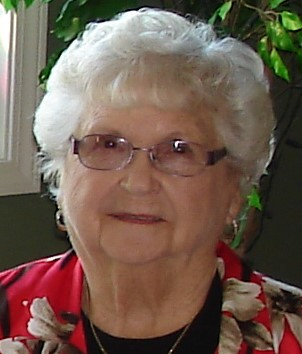 Please share a memory of Nettie to include in a keepsake book for family and friends.
View Tribute Book
Nettie Rathje, 91, of Cortland went home to be with the Lord on February 5, 2022 at Guthrie Cortland Rehab Facility. She was born on September 14, 1930 in Brooklyn, New York, a daughter of the late Inoufrey and Pauline Orasis Pushker. Nettie attended Brooklyn Manual Training High school where she excelled in her pursuit of secretarial skills. There she also met Henry O Rathje, a WWII Coast Guard Vet, whom she married July 4th 1947. They moved to Cortland where they raised their three children. Later they moved to Vestal, NY where Nettie became an Administrative Assistant in the Sociology Department at SUNY Binghamton for over 20 years until she retired in 1992. During this time Nettie also cared for her elderly parents in her home. Nettie was an avid reader and often participated in book clubs. She also enjoyed many activities with her husband including the Binghamton German Club, golfing, visits to the Saratoga Race Track, and family get togethers at their cottage on Tully lake. Nettie is survived by her daughter, Ellen (Phil) Dovi of Cortland, NY; and son, Carl (Maggie) Rathje of Pulaski NY; grandchildren: Sheri Wolf of Fairbanks, AL; Melissa (Todd) Morrison of Purcellville, VA; Jesse (Sarah) Dovi of Cortland, NY; and Nicole (Jon) Hiller of Boulder, CO; as well as 13 great grandchildren; all of whom have been a source of much delight over the years. Nettie is predeceased by her loving husband of 61 years, Henry Rathje, her elder son, Stephen Rathje, a brother Larry Kriever and sister Elsa Cesarano. After Henry's passing Nettie moved back to Cortland to be closer to family and most recently was a resident of Walden Place. Calling hours will be 9AM to 10 AM on Sat Feb 12 at Wright-Beard Funeral Home, Inc. 9 Lincoln Ave., Cortland with a memorial service to follow at 10AM. Spring Burial will be in Cortland Rural Cemetery Memorial Contributions can be made to Cortland Pregnancy Center and the Cortland SPCA To offer condolences online visit, www.wright-beard.com
Saturday
12
February