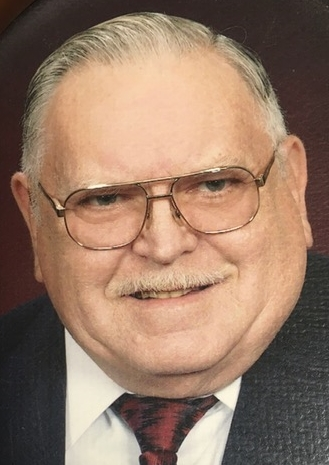 Please share a memory of Paul to include in a keepsake book for family and friends.
View Tribute Book
Paul R. Owens, Jr. 89 of Cortland passed away on February 28, 2022 at his residence with his loving family by his side. He was born on December 7, 1932 in Cortland a son of the late Paul and Ruth Ryan Owens, Sr. Paul was previously employed as an Automotive Machinist at Kellogg Auto Parts Supply. He was a volunteer with the Cortland Fire Department, was a trustee at the Memorial Baptist Church, was a scouting master. Paul also liked to ride his motorcycle, was an avid golfer and bowler. He truly enjoyed camping and going on cruises with his wife. Paul is survived by his two sons, Mark (Lori) Owens, Kevin (Rebecca) Owens, four daughters, Dawn Melissa Wesly, Stephanie Sansom Robin Owens, Kathleen Moss, one sister Shirley Verndenburg, several grandchildren, several great grandchildren and several nieces and nephews Paul is predeceased by his loving wife, Janet Owens. Memorial Service will be held 4 PM on Friday, April 8th at Wright-Beard Funeral Home, Inc. 9 Lincoln Ave. Cortland. Spring burial will be in Cortland Rural Cemetery. To offer condolences online visit www.wright-beard.com
Friday
8
April