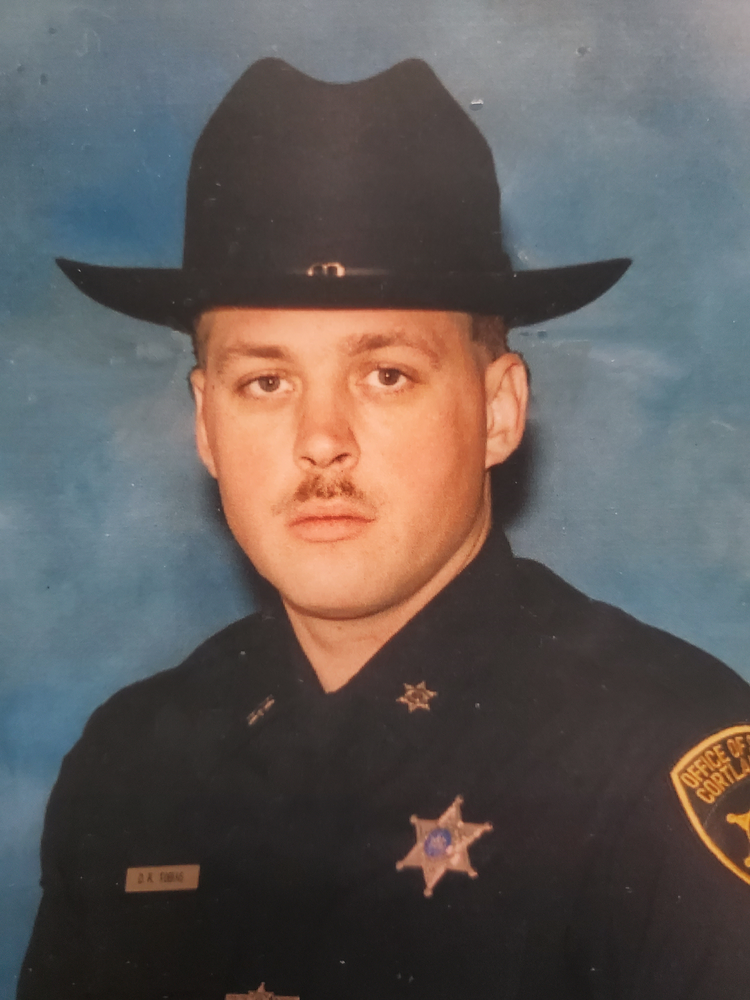 Please share a memory of David to include in a keepsake book for family and friends.
View Tribute Book
David R. Tobias, 53, of Solon passed away April 23rd, with family by his side. He was born August 23, 1968 in Cortland. David was a lifelong resident of the area graduating from McGraw High School. After high school he joined the US Army and was honorably discharged. He had been employed with the Cortland County Highway Dept., then began his career with the Cortland County Sheriff's Dept. where he retired from as a Sergeant. During his time at the Sheriff's office, he also was the fire and felony investigator at the department and was the police officer for the Village of McGraw for many years. He devoted many hours to the Sheriffs achieving a high honor- Law Enforcement of the Year in 2010. He enjoyed patrolling at the Watkins Glen race every year with the Sheriff's dept. David achieved life member status with the McGraw fire department where he was also their first EMS captain and achieved rescue person of the year in 2007. He was an honorary member of the Cincinnatus fire department and most recently was a member of Cortlandville with his two children. In his spare time he enjoyed the outdoors, being a bee keeper, watching his kids sporting events, going on Ranger Rides, going on vacation (especially with Aunt P), boating, drinking beer, and spending time with his Bubba Bear. He is survived by his wife whom he married in 1994 Susan (West) Tobias, son David (Brooke Preston) Tobias, daughter Mikkayla Tobias, grandchildren Gianna, Gabriella, and Garett. His mother Jane Tobias, his brothers William 'Bill' and Steve Tobias, his sister Trisha (Ron) Hinkle, and several nieces and nephews. David is predeceased by his father Richard 'Joe' Tobias. Calling hours will be Monday May 2, 2022 3-6 pm at the Wright-Beard Funeral Home, Inc., 9 Lincoln Ave., Cortland NY, 13045. Funeral services will be held Tuesday May 3, 2022 10 am at the Wright-Beard Funeral Home. Burial will follow at the McGraw Cemetery. Following the graveside services, a celebration of David's life will continue at the DAV, 91 Owego St., Cortland NY, 13045 In lieu of flowers contributions may be made to vetsar.com
Monday
2
May

Get Directions
Tuesday
3
May