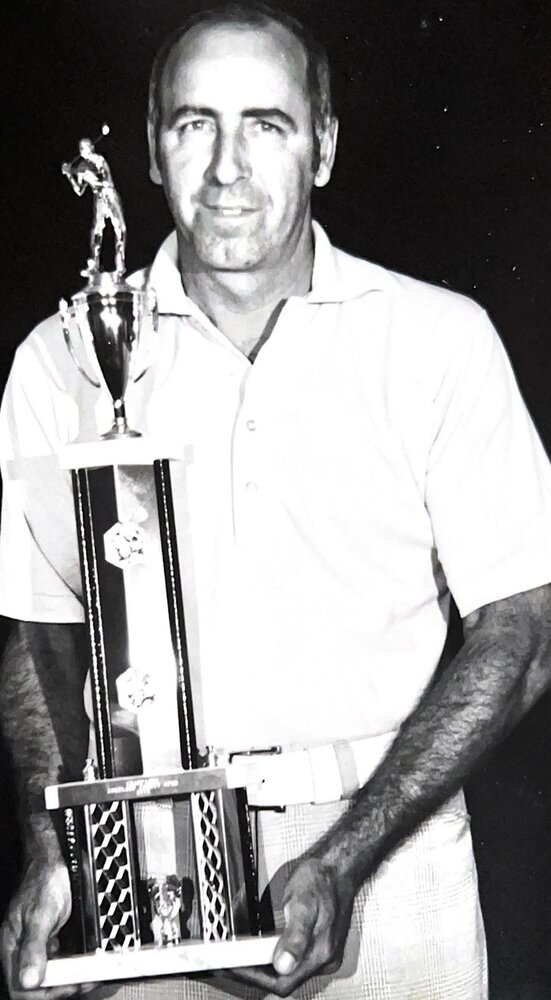 Please share a memory of Rexford to include in a keepsake book for family and friends.
View Tribute Book
Rexford C. Fredenburg passed away May 20, 2022 at his home in Lexington SC. Big Rex turned 94 on May 11th. He was predeceased by hiswife of 42 years Philomena Yacavone Fredenburg. He was also predeceased by his parents Ruth and Romey Fredenburg and sisters Beth and Ivis, brothers Lloyd and Robert. Rex is survived by his three children Donna Burns, Rex (Sue) and Rick (Nancy) Fredenburg. He has five grandchildren Shawn and Jason (Tracy) Burns, Heather Shimer and Haley(Mark) Lowie and Derek (Nickie) Fredenburg, nine great-grandchildren and Dolores Garafano, Rex’s longtime partner. Rex is also survived by one brother Donnie Fredenburg and many nieces and nephews. Rex was loved and adored by his family and many others that knew him. He was a kind and generous man. Family always came first. He loved the Yankees, milkshakes and ravioli to name a few. He was The Man, The Myth, The Legend. He will be missed dearly as he touched many lives. Rex served in the Army from 1949-1951. He worked at the Cortland Post Office for 31 years. After he retired he still worked painting houses and selling cars to name a few. The last 15 years he worked at Publix grocery in Margate, FL. Even though he was in his eighties he said he had to help the old ladies with their groceries. Rex loved baseball and rarely missed a game at Beaudry Park. For many years he restrung baseball gloves for players from little league, high school, SUNY Cortland, recreational and semi-pro teams. Rex was a great athlete. He had many trophies to prove that. Rex was a top golfer winning many tournaments at the Willowbrook and Elm Tree Golf Courses. He was inducted into the Marathon High School Hall of Fame in 2008. Family and friends are invited to join us in a Celebration of Life at Rex’s Restaurant on Sunday, May 29th 2022 from noon to 3:00 p.m
Online Memory & Photo Sharing Event
Online Event
About this Event

Share Your Memory of
Rexford
Upload Your Memory View All Memories
Be the first to upload a memory!
Share A Memory