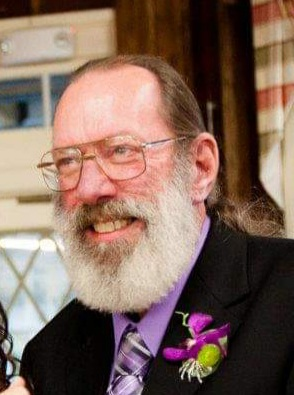 Please share a memory of Keith to include in a keepsake book for family and friends.
View Tribute Book
Dad's Obituary Keith Stanton Adams, 71, of Preble, NY – affectionally known as "Keiffer" to his wife of 50 years - left this world on Monday, July 18 th , 2022 surrounded by the love of his wife Melissa, his daughter Nichoel (Patrick) Adams of San Diego, CA and son Christopher (Heidi) Adams of Scott, NY his grandchildren Harley (Austin) Sherman, Olivia Adams and Corbin Adams. He is also survived by his sister Karen (Wolfgang, niece Kirsten and great-niece Zoey) Adams-Rischmann of Karlsruhe, Germany; two great-grandchildren (Gabriella and Xavier) and many nieces and nephews. He was predeceased by his parents Pearl Stanton Adams in 1972 and Arthur F. Adams, Jr. in 2003. Keith was born in Sharon, CT but lived his early life in Groton, NY. He was a 1969 Groton High School and 1971 SUNY Morrisville graduate. He and his wife settled in Preble in 1975. He was an auto mechanic for 25 years before moving on to a second career as a machinist until his retirement in 2014 – a retirement he enjoyed immensely. He loved classic and muscle cars - he restored many in his lifetime – gardening and caring for his fish pond, watching NASCAR and the Weather Channel and playing tug o' war with his rescue dog Holly. Arrangements are being handled by Wright-Beard Funeral Home of 9 Lincoln Ave, Cortland, NY. As per his and the family's wishes, there will be no calling hours nor services. In lieu of flowers, his family requests honoring his memory by taking an active role in your own health and wellbeing as well as getting regular cancer screenings.
Online Memory & Photo Sharing Event
Online Event
About this Event