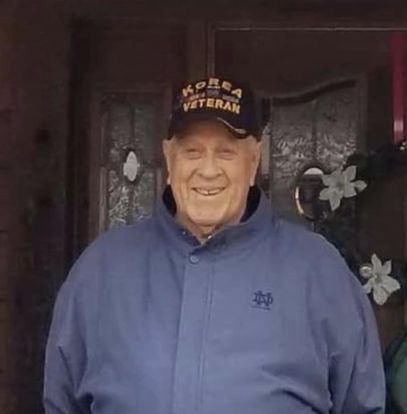 Please share a memory of Gerald to include in a keepsake book for family and friends.
View Tribute Book
Husband, father, veteran, coach, mentor, lifelong Notre Dame, Yankees, and Giants fan, Gerald "Willie" Williamson passed away on September 8, 2022 at the age of 91. Born on January 14, 1931 in Cortland, NY to his parents, the late Gerald and Ruth Williamson. Willie devoted his life to the service of others. He proudly served his country as a member of the Air Force in the Korean War from 1950-1954 and went on to be an extremely dedicated and inspiring teacher and coach. He mentored youth through physical education and in sports from 1970-1984 at St. Mary's School and continued his servitude as Lee County Recreation Director in Sanford, NC. During his career, Coach Willie impacted the lives of all those around him. He was an encourager, a role model, a father-figure, a leader, and he truly had a passion for his players and their well-being beyond the field or the court. His dedication and mentorship extended beyond his years of service as a coach. His influence shaped the future of countless people, including his own children and grandchildren. He is survived by his loving wife of 64 years, Barbara; his sons Dean, Mark (Angela), Todd (Cindy), and daughter Cathy Lee (Keith-deceased); his ten grandchildren, and six great-grandchildren. Calling hours will be held on 10/15/22 from 1:00PM to 4:00PM at Wright-Beard Funeral Home followed by a memorial service honoring his life. The family will be gathering from all over the country to pay their final respects and honor the life of such an influential man. Coach would be honored if your attire would include Blue &amp; Gold or Notre Dame apparel. In lieu of flowers, please consider a donation to St. Mary's School, 61 North Main St, Cortland, NY 13045 or St. Jude Children's Research Hospital, 501 St. Jude Place, Memphis, TN 38105 (Memorial ID #23093194) in his honor.
Online Memory & Photo Sharing Event
Online Event
About this Event