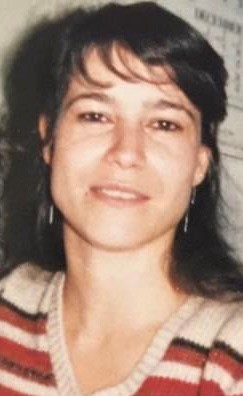 Obituary of Sheila A. Tarbell

Please share a memory of Sheila to include in a keepsake book for family and friends.
View Tribute Book
We are sad to announce the passing of Sheila A. Tarbell of Cortland NY. She passed at age of 64 on November 4th, 2022. Sheila passed away surrounded by loved ones and left this world with the same amount of beauty she blessed us all with while she was here. She was the widow of Jeffrey Tarbell who died in February of this year. Calling hours will be held at Wright Beard Funeral Home on Friday November 11th from 2-5pm. Celebration of life will follow at the St. Charles Hotel. Private family and close friend Burial will be Saturday November 12th at 11am at McGraw Cemetery. Sheila was born in Cortland, NY on July 5th, 1958. Her mother was Eugenia Bean who predeceased Sheila in 2013. Sheila went to Moravia Highschool and graduated a year early in 1975. She went on to be one of the best waitresses, bartenders, and business proprietors around. We all know what Sheila enjoyed….and that was being social and having more fun than you could ever imagine. She loved, worked and played hard. She was an avid golfer, shot pool with her girls, took on the role of grandma aka “just Sheila" to her grandkids like no other could. Her favorite things in the world were her daughter, her grandchildren, her husband, her enormous amount of friends, the band Cinderella, watching her birds, White Russians and telling everyone how she felt. Sheila is survived by her only child Pamela (Thomas) Cullip and her beloved grandbabies Mason Bellrose, Brielle Cullip, Hillary Cullip all of Homer, NY and Taylor Cullip of Cortland, NY. Her Family also includes 2 sisters Brenda Contento, Debra Maarberg both of Cortland and a brother Ronald Grant of Topeka, Kansas. A sister in law, Jerilyn Tarbell and also her stepson Jason (Celeste) Tarbell and 3 step grandchildren. In Lieu of flowers the family would like contributions made directly to the family so an appreciation gift could be given to the floor nurses who cared for her in her last moments at Guthrie Medical Center in Cortland NY.
Friday
11
November