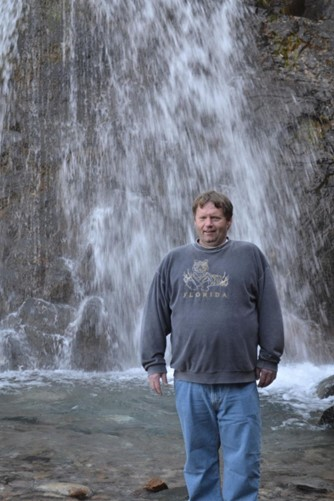 Obituary of Ronald B. Angell

Please share a memory of Ronald to include in a keepsake book for family and friends.
View Tribute Book
Ronald Brian Angell passed away on November 15, 2022, in Upstate Hospital. Ron was the youngest child of Donald Ransom Angell and Barbara Irene Truman Angell. He was born on April 17, 1964, in Cortland, New York and lived all his life in Blodgett Mills. Ronnie, known as Pepsi Ron by many of his friends, was mechanically inclined and loved to tinker. In his younger days he was often found working under a car or visiting neighbors around his hometown of Blodgett Mills. Ronnie enjoyed his extended family, watching them grow from children to grownups and then watching the next generation grow up. Ronnie pitched in wholeheartedly when our mom was dying of lung cancer in 2011 and he was heavily impacted by her loss. His own health problems in recent years made getting around difficult and painful. Ron and his family truly appreciated the love and support that he enjoyed from Elisha Mack and Paulie Holl. He passed into the next life knowing that they were there for him, giving him comfort and peace. Ron was predeceased by his parents, Donald and Barbara Truman Angell; his maternal grandparents, Donald and Florence Vosburg Truman and his paternal grandparents, Ivan and Harriett McElheny Angell. He is survived by the sunshine of his life, Elisha Mack, her son Dustin Mack and Ronnie and Elisha's adored grandchildren, Hunter Mack, Hailee Dorau, Charlotte Mack, Paisley Mack, Kristopher Hafl & Mackenzie Gassner. His "nephew" Paulie Holl, and "niece" Jessie Dow. His siblings Kenny (Sue) Angell, Katherine (Wayne) Eastman, and Donna (Walt) Nichols. Nephews Joshua Eastman, Jesse Eastman and Walt Nichols, Jr. Although Ron never had children of his own, he considered himself a dad to John Griffin, Stefanie (Lee) Scadin, Tami Babcock, Gladys (Mark) Knight, and Chasity Dilworth. The list of those that loved him and will feel the loss of Ron in their life is endless, many thanks to everyone that filled his life with love. At Ron's request there will be a Celebration of His Life in the spring, but no funeral or calling hours.
Online Memory & Photo Sharing Event
Online Event
About this Event