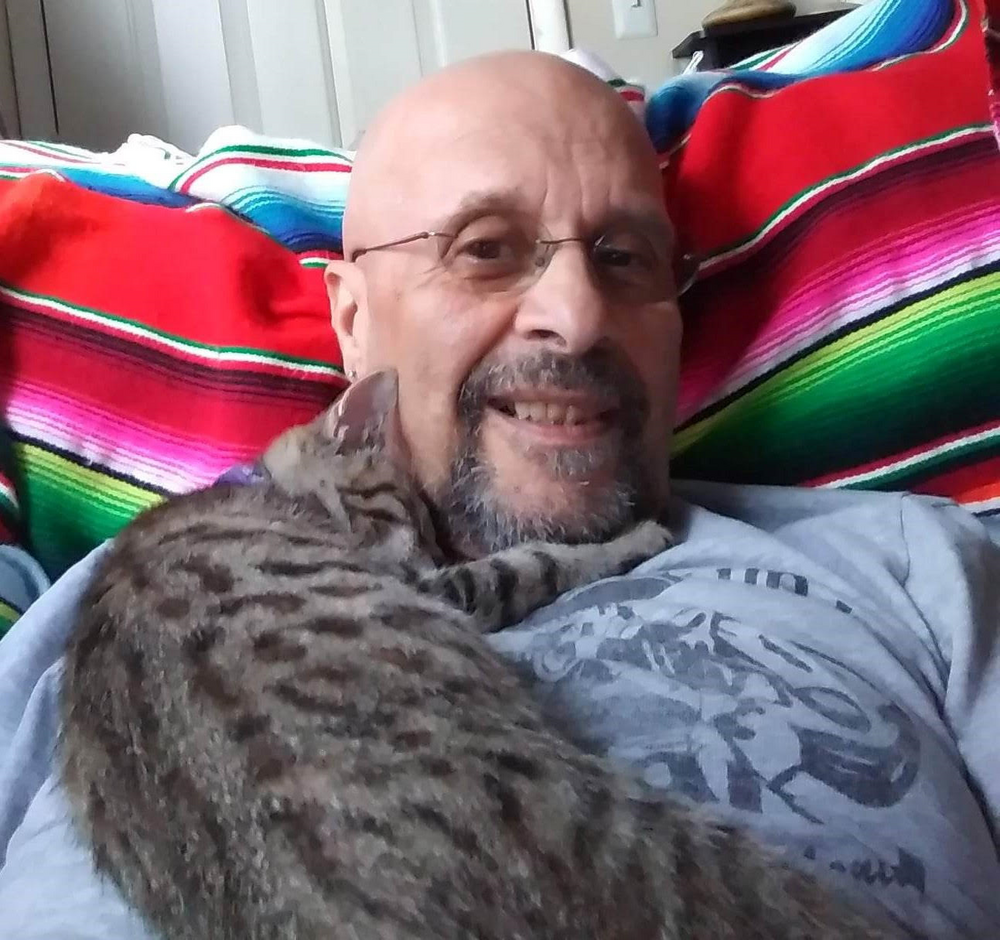 Please share a memory of Louis to include in a keepsake book for family and friends.
View Tribute Book
Louis S. "Little Louie, Louie, LouDog" Fiorentini, 75, of New Port Richey, Florida passed away at his home on December 3, 2022 with his best friend and wife, Shelly by his side. He was born on December 10, 1946, in Cortland, NY. He is survived by his wife Shelly J. Fiorentini; sister Linda Battaglia (Frank) ; children Monica Fiorentini, Kelli Quinn, Andrew J. Fiorentini, and Samantha Fiorentini; grandchildren Alana Gonzales, Hunter Gonzales, Hailey Morris, Andrew M. Fiorentini, and Demari T. Knight; Uncle Richard "Dick" Fiorentini (Maryanna); as well as several cousins. He was predeceased by his parents Louis J. "Lou" and Lilian "Lil" (Corona) Fiorentini; his grandparents Italo and Vincenza (Spaziani) Fiorentini, Dominic and Jenny (Gentile) Corona, and Barbara Nemecek; Aunt Melana (Fiorentini) and Uncle Tony Manderano, and Aunt Margaret "Midge" Selvage. A United States Naval veteran, Louie was stationed in Norfolk, Virginia and Newport, Rhode Island and journeyed to Cuba and The Bermuda Triangle. He was a graduate of Cortland Jr.- Sr. High School and Broome Community College. He was also a certified gemologist through the Gemological Institute of America. Louie followed in his parents' footsteps at Fiorentini Jewelers in Cortland at a young age and returned to work in the store after serving in the U.S. Navy. He became the proprietor in the 1980's when his parents retired. Louie valued the many customers and friends he made throughout the years and missed them dearly after Fiorentini Jewelers closed. Upon his retirement, Louie and Shelly relocated to Florida for the sunshine. Louie loved the outdoors and enjoyed fishing and camping. He also liked visiting Native American Indian Lakes and exploring the culture with Shelly to celebrate her Indian heritage. Louie was an avid photographer and snapped wonderful photos of his family and surroundings. He fancied corvettes and had a few hot rods to zip through town over the years. Louie's green thumb shined too as he had a love for plants and opened his own shop on Port Watson Street for a bit. Louie had a shy, boyish grin he never outgrew. He was a kid at heart with a dry sense of humor, good natured, and his laugh was quietly sweet. Louie was a doting son and proud that he mastered his mother's sauce recipe. He was proud that he named his little sister, Linda Lee after a girl he liked in school. He also loved each of his children and grandchildren very much. He was as devoted to his princess, Shelly as she was to her prince, Louie for 24 years after dating for a decade and marrying in Jamaica in 2008. Shelly is especially grateful to the family who helped throughout this difficult time; Golfside Hospice out of North Bay Hospital in New Port Richey; and friends: Elizabeth White, Sally Dunbar, James VanGelder, and Ozzie Ozzie. There will be no services for Louie. However, donations may be made to the American Cancer Society - specifically Prostate and Colon Cancer. Louie will be sorely missed by all who had the pleasure of knowing his kind soul.
Online Memory & Photo Sharing Event
Online Event
About this Event