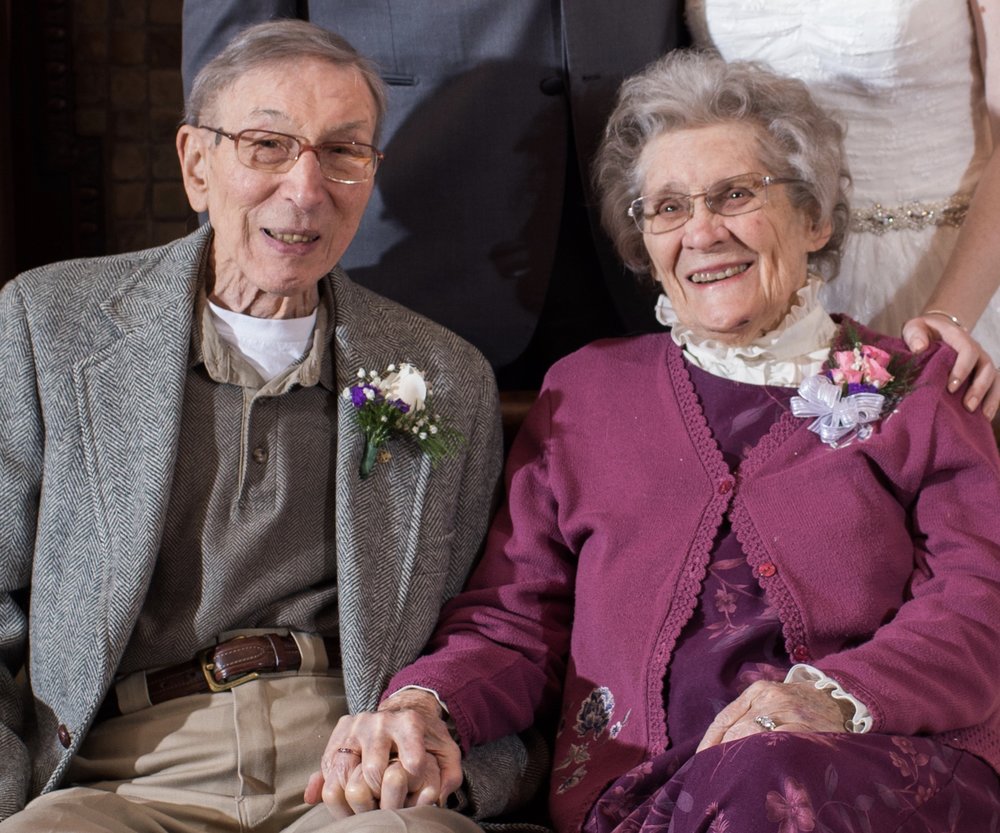 Jacob H. Schühle, 95, died May 12, 2020 at home. He was born Oct. 5, 1924 in Poughkeepsie, N.Y., son of Jacob and Jennie Louise Harris Schühle of Highland, N.Y. He graduated from Highland High School in 1942 and entered the U.S. Army in 1943. After basic training, he served with the 45th Infantry Division on Anzio, in France, and in Germany in 1944 and 1945. He received the Combat Infantry Badge, six battle stars, and an invasion arrowhead. He graduated from State University of New York at Albany with a bachelor of arts degree in 1949 and a bachelor of science in library science in 1950. He was librarian at Alfred-Almond Central School, in Almond, N.Y. from 1950 to 1954. When he joined the faculty at Cortland State Teachers College in 1954, he operated the Campus School library and was part-time reference librarian in the College Library. When the collection was moved to the new Memorial Library building, he became full-time Campus School Librarian. After the Campus School closed, he was reassigned to the Memorial Library Staff. From 1954 to 1985, he taught Literature for Children for the English and Education departments to undergraduate and graduate students, both on campus and extension sites across Central New York. After retiring in 1985, he volunteered in the Memorial Library archives through the Retired Senior Volunteer Program and also volunteered at Cortland County Historical Society, of which he was a member. He was a member of the First United Methodist Church in Cortland from 1954 to 1970 and the Homer Congregational Church after that. Music was an important part of his life – he sang in groups in grade school through college and in church and community choirs. He was also interested in stamps and coins. He is survived by his two sons and daughters-in-law, Fred and Anne Schühle of Geneva; John Schühle and Mardis Kelsen of McGraw; and daughter, Lisa North of Marstons Mills, Mass.; six grandchildren, Jennifer (Scott) Snyder of Fairfax, Va.; Emily (Tom) Hanagan of Canandaigua; Tj (Shannon) Schühle of Albany; Jennifer (Andy) Baker of Hollywood, Md.; Aaron (Betsey) Schühle of Altamont; and Suzanne North (fiance Steve Johnas) of Wilbraham, Mass. six great-grandchildren, and two great-great-grandchildren. He was predeceased by his parents and a grandson. As he directed, his body was donated to Upstate Medical Center; his ashes will be scattered and a memorial service will be held later. Contributions can be made to the Cortland County Historical Society.

Share Your Memory of
Jacob
Upload Your Memory View All Memories
Be the first to upload a memory!